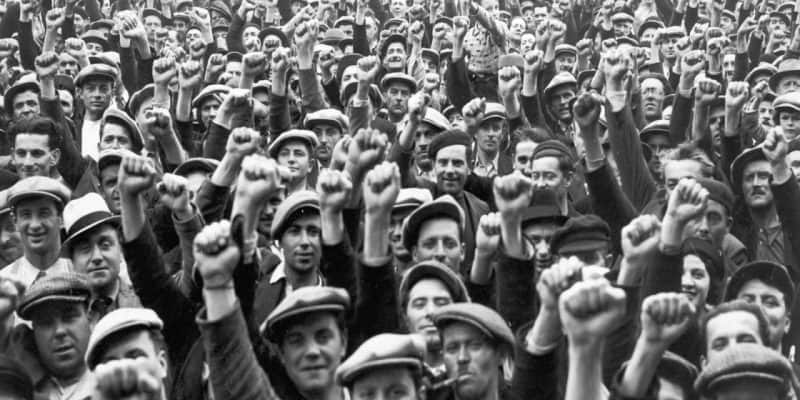 In Canada and the United States, the holiday honouring workers and the union movement is celebrated on the first Monday of September, as Labour Day, to avoid the radical connotations of May Day. In some parts of Europe, by contrast, May Day is still celebrated with enthusiasm by socialist and far left parties who share in the idealism of earlier, nineteenth-century workers’ struggles. However, relations between “the progressive intelligentsia” (who style themselves the vanguard of the proletariat) and the so-called proletariat itself have almost always been problematic. Even leaving aside the excrescences of Soviet Communism (and its various offshoots), the record of Western “progressive” intellectuals with regard to real workers has been questionable at best.

The emotional valuations of the social classes required by Marxism were, to a large extent, arbitrary. For instance, the “petit bourgeois” (the lower middle-class) were utterly despised, even though they often had to live a hardscrabble existence, and despite the fact that many in the intelligentsia themselves came from well-to-do backgrounds. Moreover, when confronted by the social conservatism of much of the proletariat, left-wing intellectuals fell back on theories of “false consciousness” and came to embrace what classical Marxism had derisively termed the lumpenproletariat (the lowest substratum of society, especially criminals and vagrants). The 1960s generally, and in particular the thought of the psychiatrist and anti-colonialist intellectual Frantz Fanon, marked the repudiation of the “embourgeoified” proletariat in favour of what classical Marxism would simply have called the lumpen.

The classical Marxist categories, however, may have some residual usefulness in explaining what really was going on in the United States in the second half of the twentieth century. What Marxism termed the petit bourgeoisie and the proletariat are arguably the socially conservative core of the country today, regardless of formal party affiliations. To extend slightly the argument made in James Burnham’s political classic, The Managerial Revolution (1941), the haute bourgeoisie (upper class) – with a scant few exceptions – has morphed into the managerial New Class, which today includes the superrich, most sports and media celebrities, and high-ranking bureaucrats and social experts. This New Class has allied with and adopted elements of lumpenproletariat’s “countercultural” lifestyles, in a direct affront to the more traditional morality of the middle and working classes. This precipitous behavioural shift among most of the upper class was aptly termed “the revolt of the elites” by the eminent social critic Christopher Lasch, in his 1995 book of the same name.

Political analyst Kevin Phillips argued in the 1960s that the winning combination in American politics was “social conservatism plus economic liberalism” (or the acceptance by conservatives of the welfare state). Roosevelt’s New Deal appealed, rhetorically at least, to Americans’ sense of decency and portrayed itself as the only way out of the Great Depression. Conservatives of that day had appeared to trap themselves in what seemed like a rhetorically difficult defense of economic privilege and a foundering laissez-faire capitalism. The New Deal strategy of class-war rhetoric has been a continuing staple of Democratic Party appeals to American voters ever since.

Ironically, however, beginning in the 1980s, much of the Republican Party’s appeal came to be based on a formula of social liberalism plus economic conservatism. The “yuppies” of the 1980s, for example, were typically fiscally conservative and socially liberal. George W. Bush’s “compassionate conservatism” may have been a hopeful-sounding term, but in practice it also has tended to leave socially liberal policies in place.

The results of the 2000 U.S. Presidential election, with a massive heartland coloured red, and the urban and coastal areas coloured blue, symbolically supports this type of analysis. The contemporary social class that David Brooks has called the Bobos (short for “bourgeois bohemians”) are the core of left-liberalism today, and are centred in big cities. Like most “progressive” intellectuals, including their European predecessors, they are put off by those who do productive labour, viewing them as irredeemably backward and full of hidebound attitudes. This Labour Day, they will not be celebrating actual labourers, but a politically correct image of them that has never been reflected in reality.