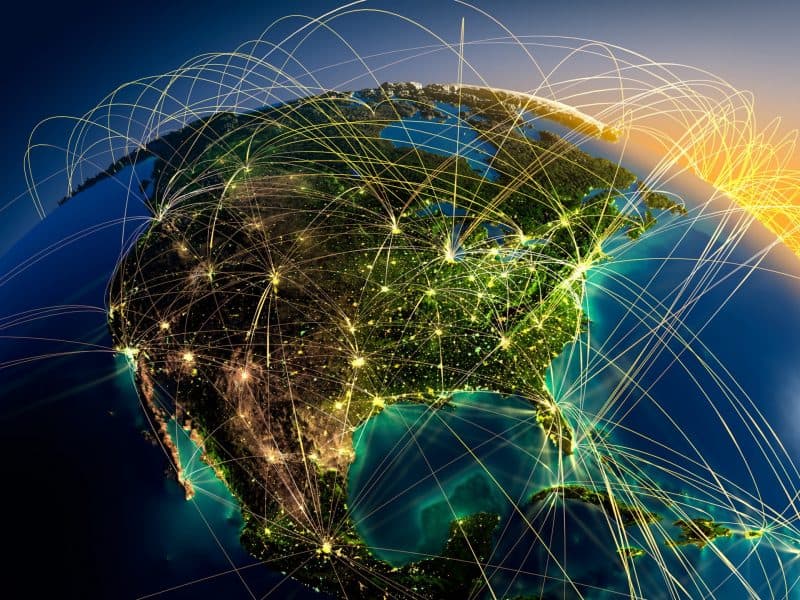 Many of those who are demonstrators against the various international and economic summits conventionally define themselves as anarchists or radical Left. Opposition to capitalism and globalization today is said to belong to the Left. However, it could be argued that some of the profoundest critiques of capitalism, technology, and globalization have historically come from the traditionalist Right (for example, Samuel Taylor Coleridge, G.K. Chesterton, Hilaire Belloc, T.S. Eliot, C.S. Lewis, J.R.R. Tolkien), and from “social conservatives of the Left” such as John Ruskin, William Morris, George Orwell, and Christopher Lasch. There is not, nor has there ever been, a consensus among conservatives in favor of unrestricted technological development and globalization.

What is often seen today as the usual conservative position is represented by techno-Republicans like Newt Gingrich — for example, in his article in The Wall Street Journal (February 27, 2001), where he wrote that technology “contains the seeds of a transformation that would dramatically reduce bureaucracies, expand freedom and shrink the role of government.” In his pithy article on “Types of Right” in National Review (October 11, 1999), John O’Sullivan had characterized Newt Gingrich and many of the neoconservatives as “Free-market post-nationalists.”   It may be noted that a person’s place on the left/right spectrum is not all-determining for their outlook on technological and globalization matters. This piece will try to examine some of the main attitudes to technology and globalization possible among conservatives today.

Some conservatives are very unreflective about technology and globalization. Although they are living in modern times, they do not seriously consider the effects of current technology on society, because of the very “old-fashioned” nature of their views. They seem to think that the massive explosion of technology (insofar as they notice it at all) can have only limited impact on ever-enduring notions of human nature, politics, and religious belief.

Many current-day conservatives see technology and globalization as generally “good.” These are the conventional conservatives like George Gilder and Newt Gingrich, who see technological development as invariably liberating and subversive of “big government.” They probably have complete support for scientific and technological development, the consumption society, and the tendency towards the effective melding of “man and machine” (as in computers, cars, and popular advertising and science fiction imagery).  It appears to have been forgotten that technology had been enthusiastically embraced by Nazi Germany, where it was believed not only that it was supremely necessary for the war-effort, but also invariably “disciplining” – that the embrace of ultra-hard-edged tech would promptly sweep away “humanism” and “sentimental rubbish.” The social and cultural impact of technology in the post-World War II period, however, has certainly appeared to be highly “liberating” and “liberalizing.” Indeed, it appears to have efficiently swept away the eternal verities and pieties, as well as the many, obviously less positive aspects of socially traditional societies and arrangements.

Some conservatives see technology as basically “value neutral” – a tool that depends on the user. Many conventional conservatives embrace a combination of the free market and social reforms to help cushion the negative effects of technology and globalization. A more exotic variant are forward-looking nationalists and the so-called “postmodern” Right, who enthusiastically seek to integrate technology within national and religious traditions. One can see this occurring, for example, in Japan and many Islamic societies. Their probable ultimate goal could be seen as “feudal values plus high-technology” – or so-called “archeofuturism.” Two fictional examples of a possible end-result of this kind of synthesis could be Frank Herbert’s far-future epic Dune (portraying heroic intragalactic struggle focussed on the desert-planet Arrakis) or, to a certain extent, George Lucas’ grand Star Wars movie series (especially the original trilogy).

Some conservatives see technology as generally “bad” – but possibly amenable to human control. They view technology as sometimes “value-neutral,” and sometimes as generally “bad.” This is usually the more pessimistic and less politically active variant of the “postmodern” Right. They are often living in countries where the restoration of tradition must appear as virtually a science-fictional concept. They have little hope for the future, but continue their efforts nonetheless, in the belief that something can be salvaged. They tend to believe in eternal recurrence, in the endless cycles of human history. Western civilization is seen to be treading a similar (but more extreme) path to that trod by the Athenian and Roman empires in their decline. But there is perhaps some hope eventually of a new cultural Spring. They see technology, capitalism, liberalism, left-liberalism, and globalization as an intertwined “late modern” system destructive of all genuine cultural particularities and human identities.

Some conservatives see technology and globalization as invariably “bad” and virtually unamenable to human control. It leads to the dystopia of “the universal, homogenous world-state” (as described by the French critic of technology, Jacques Ellul, and Canadian philosopher George Parkin Grant) – eliminating cultural particularities and all genuine human identities. The end-result will probably be a world like that portrayed in Ridley Scott’s haunting, dark-future movie, Blade Runner (based on Philip K. Dick’s Do Androids Dream of Electric Sheep?); in Anthony Burgess’ A Clockwork Orange (audaciously filmed by Stanley Kubrick); in William Gibson’s Neuromancer, the classic cyberpunk novel, with a heavily polluted planet ruled mostly by mega-corporations; or in Aldous Huxley’s antiseptic but soulless Brave New World. An escape by humankind from technology, or reconciliation of humankind and technology, is all but impossible. Human history is seen as generally going in a negative, “downward” direction. The conservative response is a form of existentialism – “tend your own garden” – look after “the little things” – i.e., particularities.

Taking into consideration all that was written above, there appears to be little point to the usual anarchist or radical Left critique of globalization. Despite significant degrees of idealism and reflection among some of their leaders (such as Ralph Nader, Noam Chomsky, Ivan Illich), the typical activists usually appear to want even more intensive “political correctness”, even more drastic social and cultural levelling, as well as all the comforts, luxuries, and licentious lifestyles of consumerist societies, with a global government to enforce their values planet-wide. And all too many of the protesters often seem to represent little more than an incoherent, almost aimless rebellion that invariably ends in hooliganism. They pose little substantive challenge to the glibly efficient technocrats of the incipient “Brave New World”.

It could be argued that the more positive aspect of the critique of globalization must to a large extent be the defence of all the finer elements of traditional cultures – including those of European and European-descended societies in their pre-globalized forms. It could be seen as the defence of rooted, reflective particularity and of the real diversity and complexity of the world, against all manner of abstract universals and single-factor ideologies, and the various pseudo-collectivities and pseudo-diversity of late modern societies.