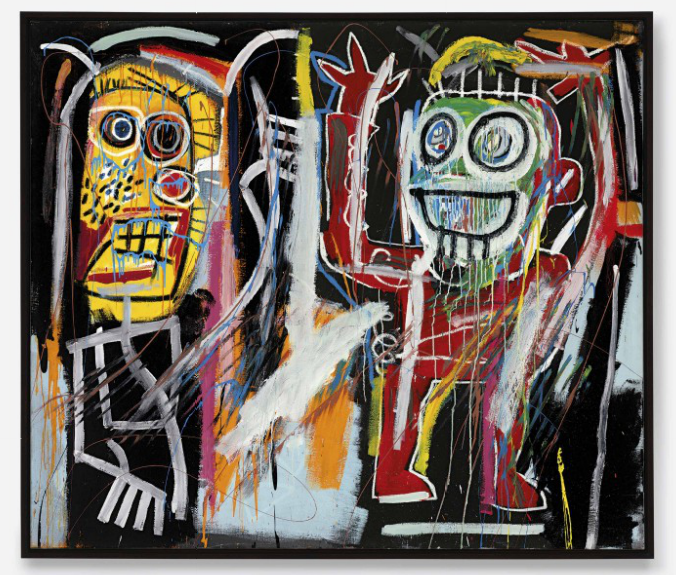 There is a popular revulsion to much of contemporary art on the basis that it simply does not measure up to the art of earlier times, nor does it have a real connection to common, but often highly profound, individual and social experiences.

However, there is no “quick fix” for the problem of bad art. If, for example, one merely argues that there should be no government funding for art, what of the undeniably worthy parts of the art world that are supported by government funds? It also appears that most funding for art today comes from the private – and particularly the corporate – sector, which remains willing to subsidize the most outrageous pieces.

Given the current state of late modernity, it may be that a restoration of good art is as difficult as the restoration of a society with a real, commonly held moral centre.

Indeed, contemporary society is largely disconnected from the rootedness of traditional family, religion, local community, and ethnic kinship. As a result, today’s “high art” embraces the experiences of only very narrow, mainly urban audiences. Even a cursory visit to an art gallery can powerfully highlight the contrast between earlier and current-day art.

Some of the characteristics of bad art today could be expressed in the following terms: mannerism – the whole postmodern (or hypermodern) drift consists of a clichéd repetition of certain anti-bourgeois tropes and themes that have long outworn their welcome; kitsch – the invocation of traditional types of art in a crude, unsubtle, and often repetitious fashion, without bringing to them the feeling and experience of the moral and aesthetic dilemmas of the modern and late modern world; commodification – no matter how horribly and crudely outrageous, many a contemporary piece is as likely as not to become part of some advertisement, and also to offer the artist a rich and comfortable living incommensurate to the artist’s knowledge of the real craft of art; propaganda – an obvious danger to which the hyper-politically-correct artists are most prone today, combining an ideological didacticism as rigid as that of Stalinist “socialist realism”, with nightmarish aesthetic effects.

Rather than serving as a possible touchstone in an ever-more chaotic world, the “high art” of late modernity typically serves as a further factor of social breakdown and profound disorientation. While the sacred, public, and social art of earlier periods served as a means of elevation and the discernment of real meaning in the world, today’s highbrow art often serves as a means of ever intensifying deconstruction.

However, social critics, thinkers, philosophers, and more reflective public figures must sharply assert the legitimacy of their perspective, and support the few traditionalist art professors, critics, and curators. Also, there must be pronounced encouragement for the practice and practitioners of good art, in order to make them successful in the free market, if nowhere else. (A traditional artistic understanding sees no contradiction between profound yet popular art.)

While there is a role to be played by mass public mobilizations against the excrescences of bad art (for instance, calling for the withdrawal of government and corporate subsidies), it is also important to fight on a more theoretical level.

There are many different approaches to such an intellectual critique. One is to reject the idea that art is an autonomous realm where social, historical, moral, religious, public, and political considerations can play no part. In fact, there is an age-old link between art and society, art and public purpose, art and morality, and art and religion; moreover, current-day art is continually engaged in making social, moral, and political judgements in its embrace of extreme political correctness and in its rejection of representational and dignified art.

Another approach is to stress the need for learning craft and tradition as the solid basis for the creation of more authentic art. Instead of learning to reflect nature, today’s art students are encouraged to think of themselves as arrogant and willful creators of the new.

Of course, the most basic critique of contemporary art is simply to reject and expose the charlatanry that much of it has become.

It may be argued that good artists today must at least be somewhat aware of the decadent nature of this era. Indeed, their work may well derive much of its meaning from their ability to seriously critique the contemporary order of things. Pointing to the thinness, even barrenness, of late modernity brings into high relief how much has been lost of human experience, despite the enormous gains in physical wealth by which North America is characterized – a wealth which, though unevenly distributed, far exceeds that available to any premodern society.

It is indeed a materially very wealthy society, but one of extreme social, cultural, spiritual, religious, moral, psychological – and, hence, artistic – impoverishment.