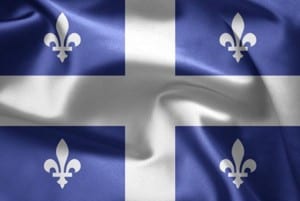 The October 1, 2018 provincial election in Quebec recorded a historical result. The centre-right Coalition Avenir Quebec (CAQ) won an amazing 74 of 125 seats. The Liberals were reduced to 32 seats. The very left-wing Quebec solidaire, with 10 seats, came ahead of the Parti Quebecois, which was reduced to 9 seats – one of their worst results ever.

The results of the provincial election in Quebec on April 7, 2014, had also been somewhat unexpected. It was a huge win for the Liberals, led by Philippe Couillard, who won 70 seats. The Parti Quebecois was crushed, winning only 30 seats. The Coalition Avenir Quebec (CAQ) won 22 seats, while the left-wing Quebec solidaire, won 3.

The 2014 election results were in very marked contrast to the 2012 election results. In the provincial election in Quebec on September 4, 2012, the Parti Quebecois won 54 seats; the Liberals, 50; the new, right-leaning Coalition Avenir Quebec (CAQ), 19; and the left-wing Quebec solidaire, 2.

It should be noted that CAQ is basically a successor to the ADQ (Action democratique du Quebec), which had largely collapsed in the December 8, 2008 provincial election. In that election, the Liberals won 66 seats; the Parti Quebecois, 51; the ADQ, 6; and Quebec solidaire, 1.

This essay endeavours to place these election results in the context of long-term trends in Quebec and Canadian politics.

Indeed, English-speaking Canada, as a whole, had voted Liberal only once in the 1960s to 1980s period, in the 1968 election (and by a very narrow margin, in that case), as Peter Brimelow has noted in his book on Canada, The Patriot Game (Key Porter, 1986). Without their Quebec bastion, the Liberals would have usually been a minority party in Canadian federal politics, perennially losing federal elections. From 1896 until the 1993 federal election, Quebec and the federal Liberal Party were almost inextricably intertwined (as the prominent Canadian Tory historian Donald Creighton had noted) — Quebec ensured the perpetuation of the Liberal government in Ottawa, while the Liberal Party ensured an increasingly eminent position for Quebec in Confederation.

In his book, Brimelow had tried to understand the dynamics of Quebec in Canada, and Quebec politics, without silly “happy-talk” and “sugar-coating”. Brimelow distinguished between the Liberal “Federalistes” in Quebec (who aspire to give the French-Canadians a semblance of power from coast to coast) — and what he considered the more honest Quebecois nationalism. One of the main reasons that long-serving Liberal Prime Minister Pierre Elliott Trudeau was a committed “Federaliste” was because he feared that real Quebec nationalism would probably move into more right-wing channels, as had been the case under Maurice Duplessis, known as “Le Chef”, who had kept the liberals and socialists at bay in Quebec for over a quarter-century, and had delivered the Quebec vote to the staunch Canadian Tory Prime Minister John Diefenbaker in the federal election of 1958.

In 1987, Progressive Conservative Prime Minister Brian Mulroney had signed the Meech Lake Accord with the provincial Premiers. In exchange for Quebec’s acceding to the Constitution Act, 1982 (whose most salient aspect was the Charter of Rights and Freedoms), there would be another document incorporated into the constitution, whose main point was the recognition of Quebec as “a distinct society.” Quebec had refused to accede to the Constitution Act, 1982, in 1982, since it considered that the Charter of Rights and Freedoms would undermine its “collective rights” to uphold a distinctive, French-speaking society in Quebec.

Pierre Elliott Trudeau (Canada’s Liberal Prime Minister from 1968-1984, except for nine months in 1979-1980) argued against the Meech Lake Accord presumably because it could – from his perspective — weaken over-all French power in Canada (i.e., the “Federalistes”), while strengthening the Quebecois position (“Separatistes” – “a distinct society”). Trudeau clearly preferred a liberal-socialist Quebec dominating and deriving economic benefits from a continent-wide polity, as opposed to an “ourselves alone” (and possibly right-wing) national state limited to Quebec. It could also be noted that (ironically enough) a more traditional, Catholic, and inward-looking Quebec would have a far greater chance of survival in North America, than the cosmopolitan, wide-open, and socially liberal one which left-wing Quebec intellectuals have striven to create. With the decline in traditional ethos, the traditionally-high Quebec birthrate has plummeted, and abortion rates have soared, thus undermining the previous demographic achievements of the French in Canada. French Quebec had earlier celebrated their demographic triumph as “the revenge of the cradle” (against the British conquest). It may be argued that, because of the demographic collapse, the Francophone (French-speaking) leadership is forced into ever more drastic, and increasingly artificial, “social engineering”-type measures, to maintain “the French fact” in North America.

It may be remembered that during 1986 to 1987, there was a revolt against John Turner, the leader of the federal Liberal Party, led by the Quebec wing of the federal Liberal Party, and exacerbated by the media. It arose mostly from Turner’s perceived conservatism (at least in his image), as well as from the fact that Francophone Liberals were not particularly willing to accept anyone who was not a full Francophone (or Trudeau loyalist), as leader of their party, regardless of his fluency in “Paris French” — as opposed to the colourful Quebec dialect of French. It appeared at some points that Turner was indeed close to ouster. According to the conventional wisdom of that day, only a Quebecker could compete with another Quebecker for control of that vital province in federal politics, without whose support no Canadian government could really be considered as fully “legitimate” — setting aside what the other three-quarters would ever want or decide. When in the 1990s, the Reform Party used a highly-charged political advertisement, objecting to the election of “another politician from Quebec” as Prime Minister of Canada, the negative fall-out against the Reform Party continued for years.

The fact that Brian Mulroney’s stance towards Quebec was seen as highly partial generated much dislike for Mulroney in English-speaking Canada. Viewed in the context of the debate between the “Federalistes” and Quebecois nationalists, Mulroney’s attempts to disentangle Quebec and the Liberal Party, by offering even more benefits to Francophones everywhere in Canada, and even more bilingualism in the federal civil service, and in every English-Canadian province, were futile.

These efforts only confirmed the viability of the liberal “Federaliste” option in Quebec, and also alienated much Progressive Conservative party support in English Canada, particularly in the Western and Atlantic regions. However, the Meech Lake Accord, by strengthening the “collective rights” of Quebec and pointing towards arrangements where Quebec could exist within a far more decentralized Confederation, seemed to be a helpful evolution.

In the 1980s, one issue very rarely discussed was the situation of the approximately 20% (combined Anglophone — persons whose first language is English — and “Allophone” — persons whose first language is neither English nor French) minorities in Quebec. Quebec Anglophones were practically the only minority group in Canada that were not encouraged to assert themselves vis-a-vis the majority community. Indeed, it could be argued that they were made to feel rather uncomfortable in a Quebec dominated by regnant Quebecois nationalism. This minority was at that time larger in absolute numbers than any comparable Francophone minority in English-speaking Canada, and percentage-wise, was second only to the Acadian French minority in fully and officially bilingual New Brunswick (35%). Ontario is only about 5% Francophone, but its administration moved to de facto bilingualism (with a wide range of government services and publications available in both official languages) as early as the 1970s, and became officially bilingual in the 1990s. Yet, in Quebec, it is illegal to put up a sign in English only, and the Protestant/English education system had for a long time been under pressure. The Quebec civil service in the 1980s employed virtually no Anglophones (a total of 1.6%), and even in the Quebec federal civil service, a similarly low ratio had existed. In Ontario, on the other hand, fully 5% of the provincial civil service was Francophone by the 1980s. (Figures cited by Peter Brimelow on p. 208 of The Patriot Game.)

One might well ask if this does not create some kind of disjunction in what claims to be a free and pluralistic society? Can one ever imagine equivalent measures being introduced by an English-Canadian Premier — a legal, formal ban on public signs in languages other than English? It could be argued that Canada today is thus characterized by extensive coast-to-coast official bilingualism — and official French unilingualism in Quebec itself.

Furthermore, it could be argued that the huge preponderance of Liberal seats in Quebec (apart from rare instances), has allowed for a skewing of the democratic process against the legitimate interests and desires of English-speaking Canada. Until the definite movement in Quebec federal voting patterns that began in 1993, it was difficult, if not impossible, for English-speaking Canada to elect a government in accord with the beliefs and interests of the majority of its inhabitants. As Brimelow has pointed out, English-speaking Canada, taken as a whole, has voted again and again for the Conservatives, only to find that the Liberal preponderance in Quebec gave the over-all federal victory to the Liberals.