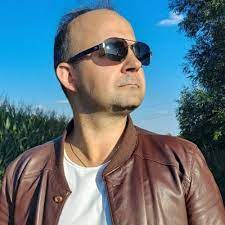 There is no doubt that Poland is and has been the leading voice in NATO and in the European Union advocating for a more aggressive approach to Russia in the context of the war in Ukraine. Apart from the daily reproaches of the Polish government and president against Moscow and in its perversely subservient line of support for Kiev, two recent developments are a clear testimony that Warsaw’s Eastern policy is becoming more and more of an aberration.

On May 9th, the ambassador of the Russian Federation in Poland, Sergey Andreev, was doused with red paint while on a visit to a Soviet war cemetery in Warsaw by Ukrainian activists. Iryna Zemlana, who was personally responsible for the attack, was not apprehended by the police, and what is more, was able to escape Warsaw. 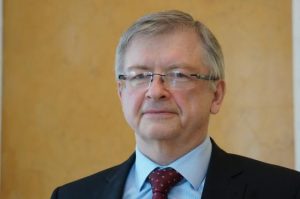 This egregious act, which should have been prosecuted, was even mildly praised by the Polish Minister of the Interior, Mariusz Kamiński, on Twitter. Worth mentioning here is that active assault or insult of a representative of a foreign state is regulated in Article 136 of the Polish Criminal Code. This provision states in the first paragraph that “whoever, on the territory of the Republic of Poland, commits an active assault on a head of a foreign state or an accredited head of diplomatic representation of such a state or a person enjoying similar protection under laws, agreements or generally recognized international customs, shall be subject to the penalty of deprivation of liberty for a term of between 3 months and 5 years.”

Paragraph two states the following: “Whoever, on the territory of the Republic of Poland, commits an active assault on a person who is a member of the diplomatic staff of a foreign representation or a consular official of a foreign state, in connection with the performance of their official duties, shall be subject to the penalty of deprivation of liberty for up to 3 years.”

In light of this, to say Zemlana abused her status as a guest in Poland is an understatement. The total lack of any interest on the part of the Polish authorities to prosecute is in itself a criminal act.

A few days later, on May 10th, Britain’s The Telegraph published an article by Prime Minister Mateusz Morawiecki, the opening lines of which declare: “Russia’s monstrous ideology must be defeated. It is the equivalent of 20th-century communism and Nazism—and it poses a deadly threat to Europe.” It’s hard to imagine Morawiecki actually saying this with a straight face and yet, here we are. Leave it to the current Polish Prime Minister to try and out-neocon the neocons!

To an outside observer it would seem that Poland wants nothing more than to enter the fray in Ukraine, while at the same time explaining away the economic woes already being experienced by the great majority of Poles, due to the radical nature of the anti-Russian sanctions, as something insignificant. Thankfully, dissident voices are growing louder by the day. I decided to reach out to three representatives of the diplomatic, academic and media worlds respectively to demonstrate to the international reader, to paraphrase the opening lines of the Polish national anthem, that “Poland is not yet lost!” 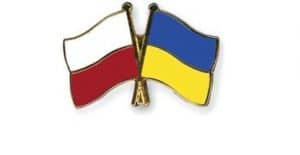 Dr. Jacek Izydorczyk served as Poland’s ambassador to Japan from 2017 to 2019, and he currently teaches law at the University of Łódź. The esteemed professor was one of the first former diplomats to openly criticize the Polish government’s pro-war agenda after hostilities began in Ukraine.

Izydorczyk is blunt and to the point: “It is in the interest of Poland to end the war as soon as possible, because whether it is a full-scale World War III or just a local war with Polish participation, it means the destruction of our country and the death of thousands, if not millions of our citizens.”

The former diplomat believes that Polish and U.S. interests are not identical in Ukraine, despite the massive media propaganda campaign claiming the contrary. And while not advocating for totally abandoning the formal alliance with the United States, Izydorczyk does see the need for an immediate rebalancing towards “a minimum of assertiveness and defense of one’s position.” The Polish citizenry, Izydorczyk points out, should not hesitate to put pressure on the current government of the Law and Justice party, whose members “have been brought up on blind hatred of Russia and such absurdities as the cult of Napoleon and his expedition to Moscow.” 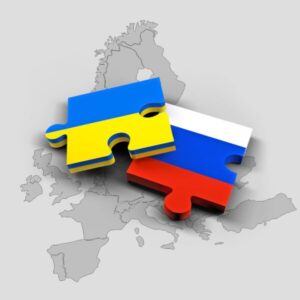 The conservative political scientist, Professor Adam Wielomski, in our exchange expanded on the themes raised by Ambassador Izydorczyk. When asked about the evident unanimity among the Polish academic elite regarding the situation in Ukraine, Wielomski pointed to two main factors responsible for such a state of affairs. “One part of the academic community repeats what they hear on television, and the other part is afraid to speak out. The academic community in Poland has its freedom of speech severely limited because a habit has developed of writing letters of complaint against professors for expressing views in the media that differ from the banal ones. Professors are afraid of being summoned by the rector’s office and having to explain themselves. The community prefers not to speak out on any controversial issue, unless it is in line with the media. Paradoxically, those who are knowledgeable about the political situation remain silent, and the main ‘experts’ are the undereducated journalists.” In essence this means that “professors have limited civil rights in Poland in relation to ordinary people. They have been terrorized by the liberal media, and the university is no longer a place of free debate.”

Wielomski believes that in the current geopolitical situation, Poland has two options: either to be a transmission and trade-belt on the Beijing-Moscow-Berlin-Paris axis and benefit from it, given its geographical location, or become nothing more than “a spoiler of the United States in Eurasia.” The Polish elites chose the second option. “They may be right; but I, for one, was not convinced. To be frank, they didn’t even try to convince anyone, because after 1989 there was no debate on this issue in Poland. The government was taken over by people who had been in opposition until 1989 and who took money from the CIA for their activities, pacifying not only opposing views but even calls for a debate on this issue.”

This lack of a serious debate on such critical issues as Poland’s geopolitical orientation “enforces unanimity on every issue of importance.” Warsaw should strive to emulate the moderately cautious approach of Paris and Berlin and possibly even the openly anti-war position of Poland’s supposed ally in Budapest.

When asked to assess the chances for the emergence of political forces focused on realism in Eastern policy and more assertive formulation of Polish national interests, without interference from Washington or Berlin, Wielomski is pessimistic. “In Poland, there is little chance of this happening. Even the ‘populist’ right-wing Confederation party, which holds anti-systemic views, as they say in the U.S., practically collapsed because of the dispute whether Poland gets to define its own raison d’être, or whether it is defined by the American embassy. Most of Confederation’s members, as it turned out, entered the Sejm under anti-system slogans only to knock on the System’s door and report their readiness to serve it.” This is all attributable to what Wielomski calls a peculiar “disease of the Polish soul,” which manifests itself predominantly not only in the lack of realism in foreign policy, “but also in some irrational pride in not pursuing such a policy.” Wielomski frames the choice facing Warsaw in the following words: “In politics you either defend your own interests or act in the interests of others.”

Dr. Wojciech Golonka is a Catholic philosopher and a regular columnist at Poland’s premium center-right weekly Do Rzeczy (DR). DR has remained one of the very few mainstream venues where dissent from the politically correct line on Ukraine is tolerated. This no doubt is due to Paweł Lisicki’s, impeccable free speech credentials, and who manages the editorial side of the publication.

Thanks to such a praise worthy modus operandi, Golonka was able to publish an interview with retired colonel Douglas Macgregor, an American voice which needed to be heard in Poland. “Adopting a zero-sum narrative, which is unopposed, is very conducive to internal politics and also allows for a temporary cover-up of current problems—the grilling of Poland by Brussels, galloping inflation, the refugee crisis, social discontent. Any criticism of the government can therefore now be shouted down with the imperative to fight Putin, and in Polish conditions no major political party will allow itself to put reason above the aforementioned atmosphere of systemic Russophobia”—says Golonka. He believes attempts to censor in Poland Russian outlets, which present a different perspective on the war in Ukraine, are “ridiculous.”

The banning of Russia Today in the early days of the conflict was a clear example of government overreach. According to Golonka, “solutions that seek to restrict civil liberties should, on the one hand, be under the control of the courts, and on the other, be appropriate for emergency situations, the framework of which is defined by the Polish Constitution. Every arbitrary decision of the executive power using purely rhetorical justification corrupts the rule of law and creates precedents for government arbitrariness that is dangerous to citizens.”

Golonka points out that “people who feel hunger for diverse information or analysis already use the so-called alternative media.” However, these venues still remain relatively marginal in Poland in terms of impact and influence. In his view, this dire situation stems from the fact that “Polish society did not have an appropriate period in its contemporary history, in which it could mature to the mechanisms of democracy, without being an object of foreign external factors and internal factional struggles for power.”

“Television lies” used to be the famous slogan in the halcyon days of the Solidarity movement. No more, seems to be the view of the young columnist.

In the current circumstances, the voices of dissent quoted above, among many others (thankfully!), give courage to ordinary Poles, who prefer not to succumb to either of the complexes.