Can the Internet challenge today’s informational and cultural monopoly? Can the Internet generate real resistance to current-day trends, or does it mainly just accentuate them?

The Internet arose as a truly mass phenomenon in the mid-to-late 1990s. In more recent years, we have moved into the so-called Internet Two – characterized by (among others) Facebook, YouTube, Twitter, Google, Instagram, and smartphones. The Internet had arrived, however, after three to four decades of some of the most intense, unidirectional mass media and mass educational conditioning in human history.

It is a vitally important question whether the Internet will offer the possibilities of enhancing serious social, political, cultural, and truly philosophical debate, or if the various “news” and entertainment imageries so widely and readily transmissible through it, will simply deepen the extension of American and Canadian consumerism and political-correctness, and the (mostly American) mindless, ersatz patriotism, today.

It may be noted that a situation now exists, where it appears that little more than one percent (a somewhat different sort of “one percent”) of the population — termed variously as “the knowledge elite,” the “symbolic analysts”, or “the New Class” — endeavours to thoroughly condition the rest of the population – through the mass media and mass education systems – in what to think, feel, and believe, and in how to act. This system has been described as the managerial-therapeutic regime, the melding of big business and big government, a social environment of total administration and near-total media immersion.

It may be noted than any more honest challenges to the system, whether from the anti-consumerist, genuinely ecological Left, or from antiwar, localist, paleolibertarians and paleoconservatives, or from conscientious pro-life and pro-family writers, are simply being edited out of “approved”, media- and administratively-constructed social reality. 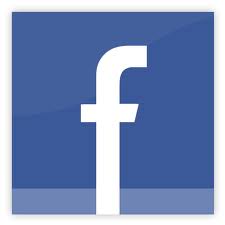 It is an open question whether simply making some good ideas available on the Internet, can have a major social, cultural, and political impact. Although some may not wish to admit it, there is a clear hierarchy of information on the Internet. It ranges – roughly – from the mostly unmoderated, self-posting forum, or purely personal website or blog (unless the person running it has already achieved major success or notoriety outside the Web); to the widely-read, conscientiously-edited, but not major-income-generating e-zine; to major web-magazines like Salon and Slate; to the websites of major media entities such as CNN and The New York Times – who are simply reinforcing their massive presence in the world outside the Web.  In the general media world, it seems that there can only be a comparative handful of “exceptions that prove the rule” – such as the vast success of The Drudge Report, and the unexpected success of (for example) The Blair Witch Project. It should also be noted that, while an act of spectacular violence can bring attention to the online writings and images of the perpetrator or perpetrators, it surely does not increase the credibility of their ideas. Far from it – it usually makes their notions appear totally loathsome.

While there now exists the possibility of easy book-printing – along with a greater hope than previously that the book (or e-book) can reach a wider audience (for example, through placement on Amazon) – the obvious “authority” and “imprimatur” of a book appearing with a major commercial, literary, or academic publisher – constitutes a very tight barrier indeed to the intellectual transmission of “unapproved” ideas. And among many so-called “alternative” or small publishers – or such putatively non-commercial forums like public television and National Public Radio — the taboos and dogmas of “political correctness” are indeed often held with even greater fervor.

As for the subgenre of talk-radio (typified by the late Rush Limbaugh, who had also in recent years been going through a personal drug-use scandal of his own) it could be argued that there is little there apart from a jingoistic, meaningless, ersatz patriotism – whose main purpose appears to be to drive the United States into endless foreign wars. It also does not appear to have occurred to many people that allowing members of the public to rant freely on the radio (or, more accurately, being given the illusion that anyone can rant freely on the radio) tends to work purely as a temporary safety-valve that might actually diminish initiatives of constructive political engagement.

It could also be argued that one of the general effects of the Internet is the tendency to accentuate a “hyper-fragmentation” of social, cultural, and political interests, which means that broadly-based public and political debate becomes ever more difficult.

Today, there are also many “displacement syndromes” in a public discourse where consideration of many serious matters is mostly proscribed. These displacement syndromes include, for example, the viewing of tobacco products, guns in private hands, fast food, and soft drinks as inherently and unquestionably evil – and as targets for massive government intervention and class-action lawsuits.

The displacement syndrome is at its most acute when people express such overbearing concern about the purely physical health of individuals (especially children), while paying virtually no attention to the cultural and spiritual aspects of what might constitute a “healthier” social setting and society.

Ironically, physical health itself has been undermined (especially in the United States), by the increasing division between an overweight, spectator public, and a handful of “beautiful people” and sport-stars. Another obvious point is that overeating often arises from deep personal and social frustrations – and many persons’ sense of inadequacy is reinforced by media advertising, programs, and films that push the most excessive consumerism and celebrity-worship. It could also be argued that, in most cases, the more men imbibe readily-available erotic imagery, the less they have of real sex, and still less of prospects of actually getting married and real intimacy.

Other vehicles for the diminution of serious criticism of the current-day regime are those “escapisms” which are offered to the more manifestly bright, inquisitive, and comparatively decent among the youth and children today (or had been offered over the last few decades). These include things like “properly-steered” volunteer work – and such deeply engrossing endeavors as role-playing games (such as Dungeons and Dragons); various video, computer, and electronic games (including the so-called “massively multi-player online role-playing games” such as Everquest);  the popular study of dinosaurs or astronomy; science fiction, fantasy, and “serious comic-book” fandom (such as, most prominently, Star Trek); and so forth. Most of these could be (to a large extent) characterized as “geek subgenres” – and what “geek” does not desire to somehow “transcend” his or her “geekhood.” Instead of awaiting the next “dark future” electronic game (however intelligently designed) – such as (some years ago)  Deus Ex: Invisible War – or endlessly arguing in excessively obsessive ways about the philosophies of  The Matrix movies — young people might seek to inquire about the lineaments of the world they actually inhabit, and how it might be changed for the better.

It is an open question whether the provision of good ideas through the Internet will be sufficient to challenge today’s informational and cultural monopoly. It is possible that the Internet simply does not (and perhaps cannot, for the foreseeable future) provide enough “authority” and financial, administrative, and infrastructural weight to dissenting ideas.

One may indeed note in today’s society the virtual disappearance of “middle-level” commentators. There appears to have emerged a situation with a division between a tiny handful of very comfortably-funded, mostly “court” academics, intellectuals, media-people, and commentators – and a broad mass of powerless wannabe pundits, usually with little financial resources, who appear mostly in various eclectic small publications and comparatively little-known websites. They can all too often be simply written off by the establishment media as “extremists” or “whackos” – regardless of the possible perceptiveness and clarity of their views. Indeed, it is entirely in the interests of the media and academic elite to permit the promulgation of the wildest conspiracy-theories and vitriol on the Web – since it tends to discredit those who try to make their way as serious critics and commentators there.

Those among the masses with little intellectual curiosity and engagement (whom the media-elite probably privately consider little better than “cattle” or “sheeple”) are given what George Orwell characterized as “prole-feed” in his famous dystopian novel, Nineteen Eighty-Four. Today, this consists mostly of endless, stupefying, consumption-driving advertising, “reality-shows”, and celebrity-gossip “news” – combined with rock- and rap-music, the fashion-industry, the massive excitement of sports, the titillation of various kinds of “porn”, the sneering cynicism of today’s comedy (especially stand-up comedy), and the extra jolt of horror and violence. Most of these kinds of emotional engagements are also delivered frequently enough through the regular evening “news”.

Freedom of speech appears to exist today only for those who are massively independently wealthy, or manifestly willing to accept a rather immiserated existence as the price for writing or saying what they honestly think and feel. Nearly all government agencies and institutions, universities and colleges, and private corporations, including major media enterprises, are very likely to fire their “offending” employees upon the slightest infractions of “political correctness.” An acerbic opinion columnist can often be fired after one, especially pointed column. An independent businessperson may be ruined by a variety of tactics, whereas there may be continual pressure on major newspapers to withdraw the columns of controversial syndicated columnists. Only a professor with tenure is (more-or-less) safe from most of these pressures.

Today, one can usually have one’s opinions appear somewhere on the Internet if one is committed enough to setting them down, but the media and academic elite make absolutely sure that one won’t be able to make any kind of living on the basis of one’s writing endeavors. So, one’s social and cultural commentary and criticism becomes for most a purely existential endeavor. Nevertheless, for most persons with dissenting views, having one’s ideas appear somewhere on the Internet offers a great deal of comfort and reassurance, and a stabilizing sense of community, that, among other results, definitively turns one away from pursuing violence.

It can also be admitted that in today’s society, there are still some professors and political columnists of dissenting views with some putative “authority” in the media – but how long can this be expected to persist, in the face of a full-spectrum, media- and educational-system “shutdown” of many important ideas and discussions? What is occurring could be called “ideocide.”

It could be argued that challenging the current-day managerial-therapeutic regime requires the persistence or creation of major social, cultural, and political infrastructures (such as, for example, various institutes, think-tanks, foundations, and effective publications) that can, to a large extent, be free of the current-day system’s informational, cultural – and indeed – financial chokehold on free thinking.

Whether the Internet can indeed become significantly enabling towards the creation of such infrastructures, remains to be seen.