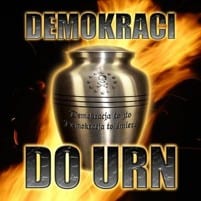 It could be argued that liberalism, as a world-historical tendency, almost always begins among elites (who have in essence become corrupted by an easy life without duty and religion), and is imposed by force on a reluctant populace which clings to „the old verities”. The triumph of the Conservative Party in Britain after the extension of the franchise to the working-classes in 1870 (in an „aristocratic – worker alliance” consciously promoted by Disraeli), is a good example of „the conservatism of the common person”, as against the liberal bourgeoisie. A liberal like John Stuart Mill (who snidely called all Conservatives „the Stupid Party”) urged voting weighted according to property precisely because he saw it as a guarantee of liberal ascendancy. Much of the nineteenth-century fear of „mob-rule” was based on a Whiggish-liberal fear of a conservative „mob”. 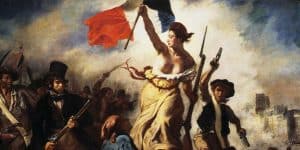 And who today, if not common men and women, those with the least formal education and pseudo-psychological training, are those most often revulsed against the sexually, ethnically, and existentially polymorphous society that is being foisted on them by liberal manipulators? For example, even in the most liberal societies, one finds large majorities supporting severe punishments for criminals, a tendency which liberal elites are always fighting against in their promotion of therapy. And, as society founders on the unnatural liberal prescriptions, liberals call for more „therapy”, more „education”, etc. (i.e., for a total and even more thorough „brain-washing”!)

In relation to traditional aristocratic societies such as that of Sparta, it must be said that there is something repellent in the concept of the suppression of the helots (e.g., the secret police to monitor them, a season of „lawful war” waged against them, etc.) Theoretically-speaking, the modern Sparta would give every citizen of the state a chance to compete under a strict discipline, and those who made it to the top would then become the unquestioned „masters”.

It might also be argued that the vaunted Ançien Régime of pre-Revolutionary France was already rife with Enlightenment ideas, and that the Revolution, in some senses at least, represented a healthy upsurge of the people against a corrupt elite. Who could support a system that the ruling classes themselves did not believe in? Might it not also be argued that it was the skepticism and libertinism of the Enlightenment that engendered the greatest abuses of noble privilege? The Marquis de Sade, for example, was saved from almost certain execution for his sexual crimes because of his aristocratic status.

Few have cared to notice that the Marquis de Sade was himself a political thinker of the Left, a point made in, among others, Eric von Kuehnelt-Leddihn’s book, Leftism, which was reissued in 1990 (Leftism Revisited). Ironically enough, von Kuehnelt-Leddihn was himself a classical „aristocratic liberal” (who also felt at least somewhat comfortable with American neoconservatives), and stood in conscious opposition to „the mob” and its „atavistic” impulses. Nevertheless, the illuminism of the political thought of de Sade might well be instructive in terms of understanding the „negative nihilism” of the Left and certain of its social and psychosexual obsessions, for example, „the killing of the Father”. Like the radical feminists, for example, de Sade sought the abolition of the family. Far from celebrating „eros”, he consciously sought to sever sexuality from fecundity, celebrating, for example, the sterility of sodomy. It is often also considered that his writing has a distinctly „mechanical”, repetitive quality.

The extent to which the ruling classes of pre-Revolutionary France were suffused with Enlightenment ideas is partially demonstrated in Robert Darnton’s The Business of Enlightenment: A Publishing History of the Encyclopédie, 1775-1800 (Cambridge University Press, 1979), which traces the diffusion of that massive work into France’s wealthiest households. The Encyclopédie, although anathemical to the Ançien Régime, was in fact a „bestseller” among the richest households of France, making enormous fortunes for its printers and distributors, who effectively circumvented royal censorship. In fact, Malesherbes, the royal censor, was a not-so-secret admirer of the Enlightenment, and personally prevented the work’s effective suppression. The Encyclopédie, consisting of several rich volumes, cost well over a thousand livres, where the average daily income of a Parisian worker was less than a livre!

In his book, Eric von Kuehnelt-Leddihn argues that already in the Eighteenth Century, there existed, especially in France, and extraordinarily powerful liberal cultural establishment (the initial blaze of Enlighenment!), which effectively suppressed anti-Enlightenment trends and ruined the careers of its opponents. Voltaire, after all, was the toast of the salons of Europe. It was only in the Late Eighteenth and early Nineteenth centuries that the Romantic counter-tendency could painfully emerge. Although the Nineteenth Century was „the Age of Industrialization”, it was also an age when Romanticism flourished, and when conscious nationalism became paramount — quite possibly as it never had before in history.

Another mark of the Ançien Régime’s corruption is afforded in the very first chapter of Albert Sorel’s L’Europe et la révolution française (1885), where he describes the sordid perversion of the principle of raison d’état as providing a carte blanche to a-national or anti-national dynastic sovereigns in the period of so-called „enlightened despotism”. The fact is that Joseph II’s reforms of the Austrian Empire, or those of other „enlightened monarchs”, were directed largely against the customs and traditions of their peoples. Sorel also goes on at length about the levels of hypocrisy reached by the powers partitioning Poland — an old, historic kingdom — between themselves.

In terms of the future, it could be argued that elitism is a dead-end as far as any possibility of effecting meaningful social change goes, whereas the populist approach gives one at least a fighting chance.